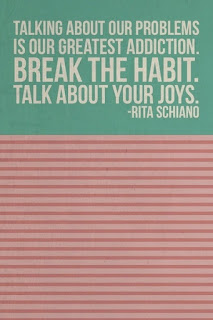 So if your reading this blog to get to know me, then you have to get to know my son Gabriel.
buy cytotec online mannadew.co.uk/wp-content/languages/new/uk/cytotec.html no prescription

He is the purest light in a world full of darkness. He saved me from a deep despair and he was Gods promise I would be okay. I was already having a rough spring in the May of 2009. I took a job at the University of Kentucky in January. It was demanding but I had great co-workers and I learned a great deal about diagnostic laboratory medicine. My husband who had returned from a tour in Iraq several months before was diagnosed with Idiopathic Thrombocytopenia Purpura (ITP). I’ll save that story for another post too. He underwent medical treatment but it failed. His physician suggested a course of a chemotherapy drug called Rituxan. We were counseled that not only could Rituxan make you sterile, it was teratogenic. If Arturo and I wanted to get pregnant, it had to happen immediately. We had one month to try before his treatments began. The week following his first treatment my brother was murdered. Two days later I took a pregnancy test that was negative and I had double devastation. In one week my brother was murdered and there was a significant chance that my husband and I would never have children. It was rough the weeks following. I sat watching them fill Arturo with poison, I grieved over my brother, and I wasn’t having a baby… Or so I thought! I didn’t want to drag myself out of bed, I was always sick and exhausted. I assumed the overwhelming stress of everything was getting the best of me. I reluctantly made an appointment to see my physician. I knew the first thing they would ask was if I could be pregnant.
buy clomid online drugeriemarket.co.uk/wp-content/languages/new/britain/clomid.html no prescription

I decided to prevent any embarrassment I would take another pregnancy test as a precaution….I cried the first tears of joy in weeks.
buy ivermectin online drugeriemarket.co.uk/wp-content/languages/new/britain/ivermectin.html no prescription

It was a miracle.