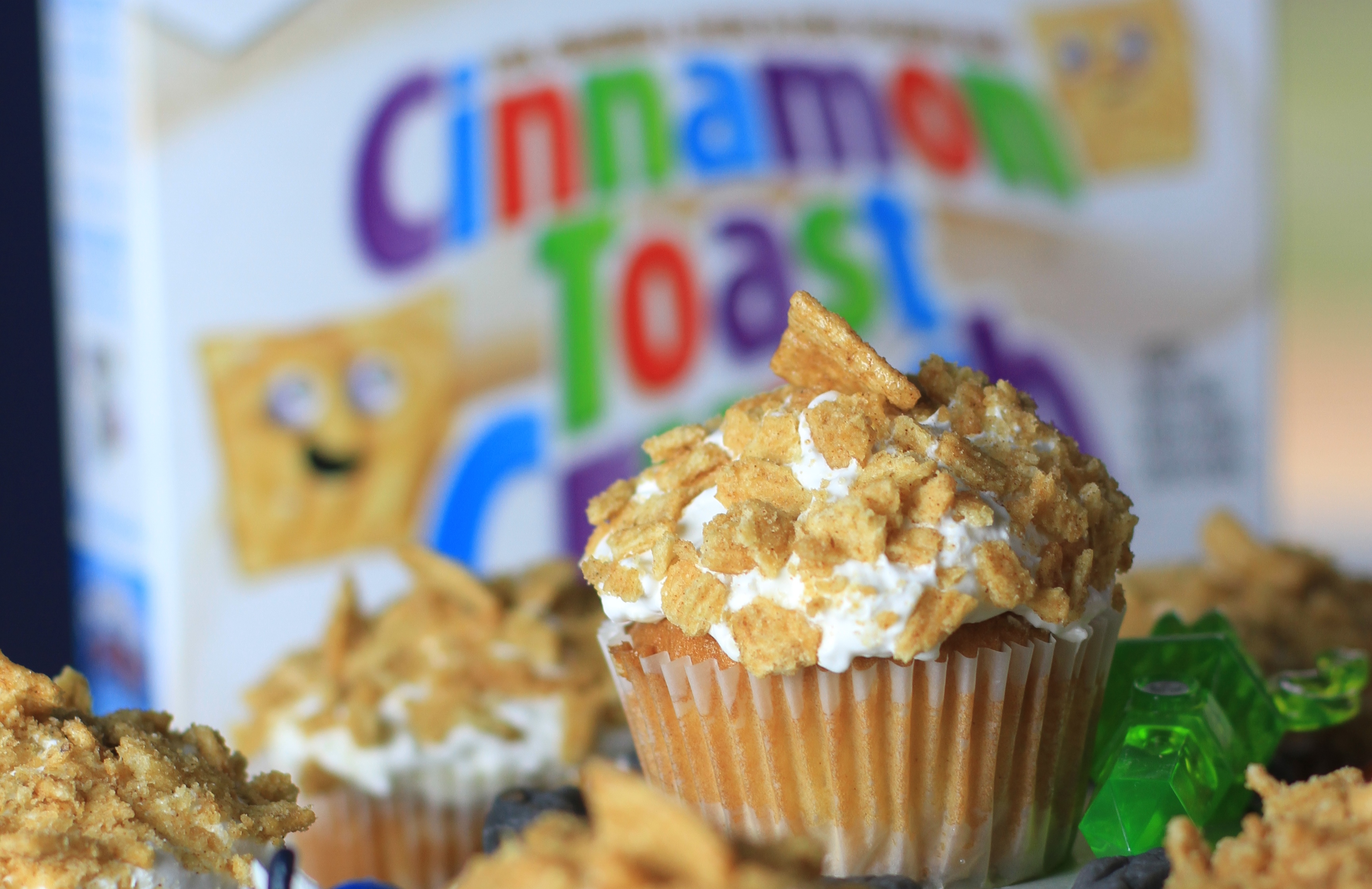 I’m pretty sure my mom avoided taking us with her to the grocery store at all cost. I have very few memories of grocery shopping with her growing up; personally I wouldn’t want to shop with four kids. We didn’t get much choice with breakfast cereal or any other foods. We ate whatever she picked up, but my great grandmother was different. What are grandmother’s good at? She spoiled us by letting us pick what we wanted and she would put it on her grocery list. My cousin and I loved Cinnamon Toast Crunch, and it’s now a favorite of my own son. He especially loves them now because they contain Skylanders Skystone card game sets. He and I created these Cinnamon Toast Crunch Cupcakes while he “taught” me more about Skylanders. 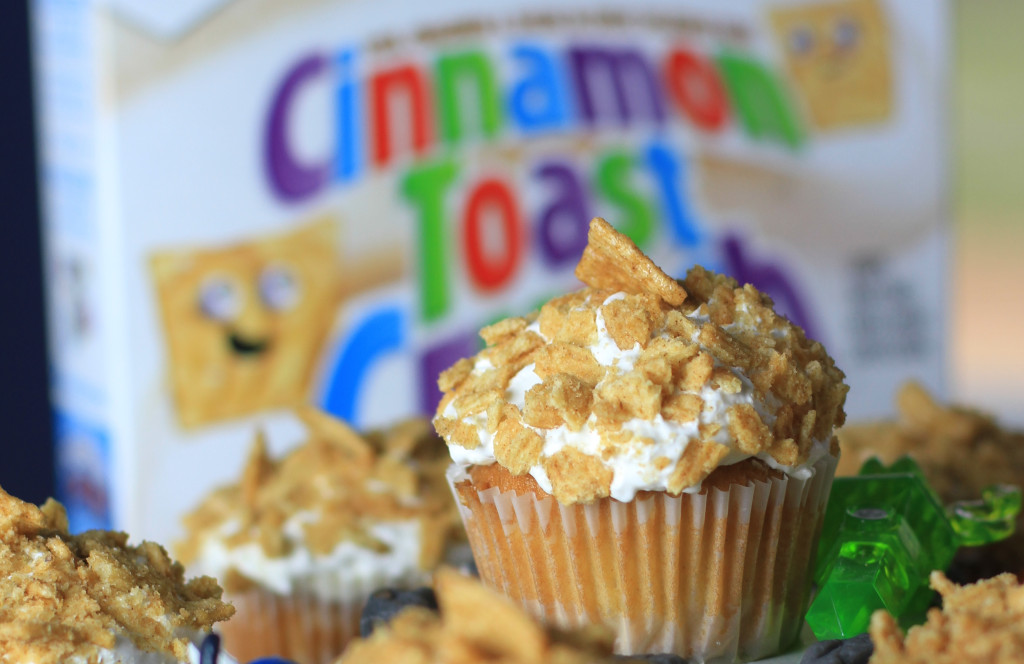 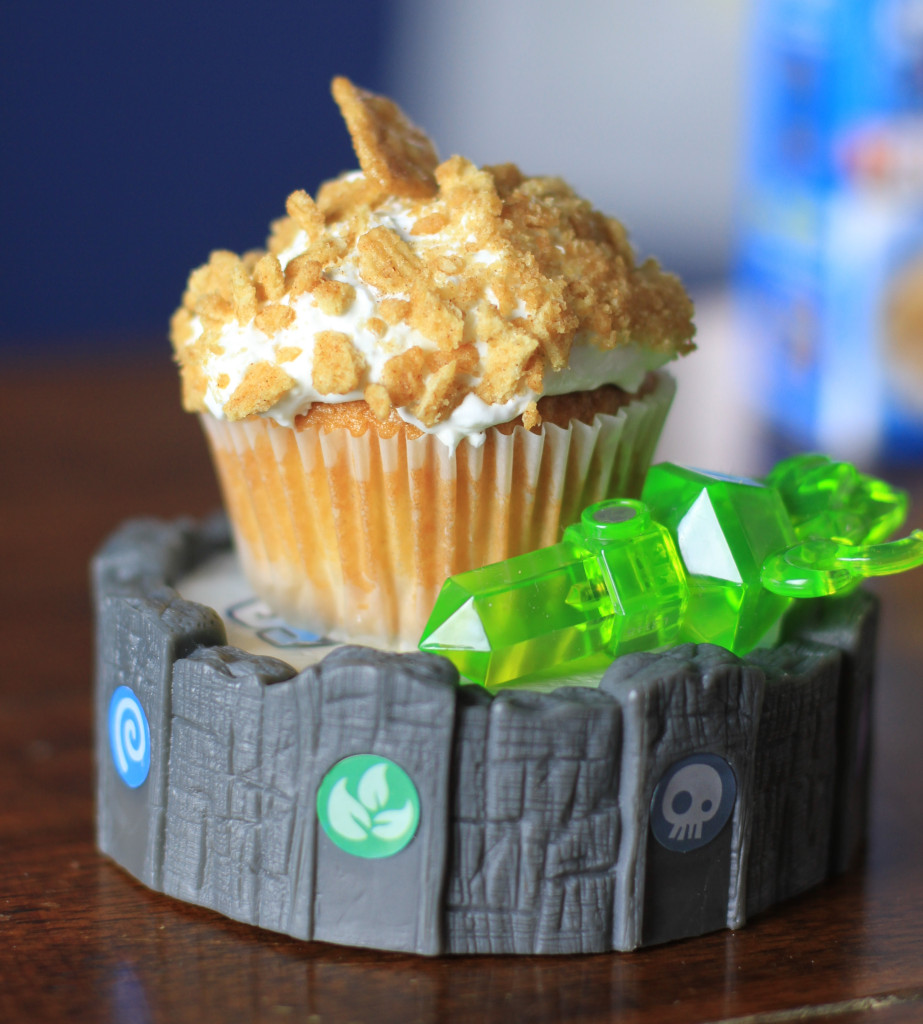 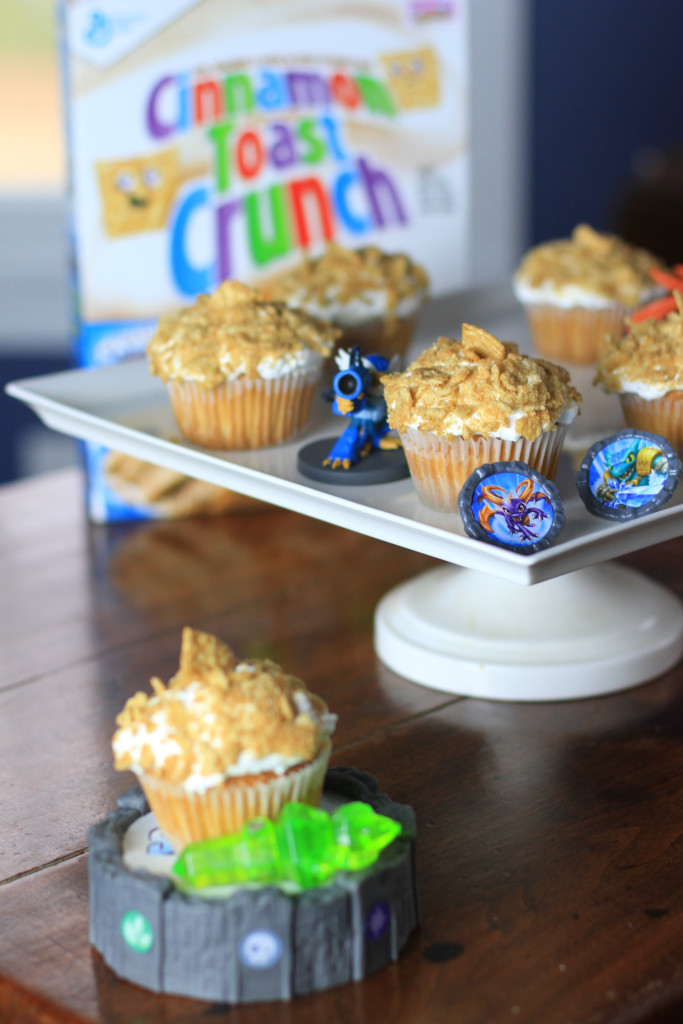 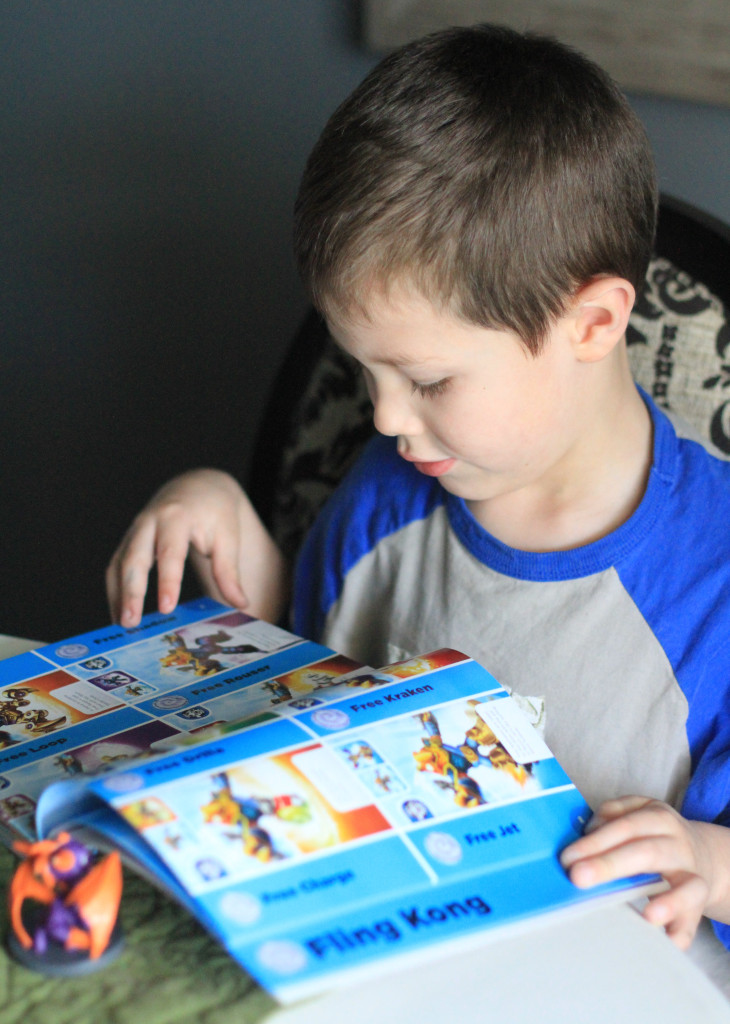 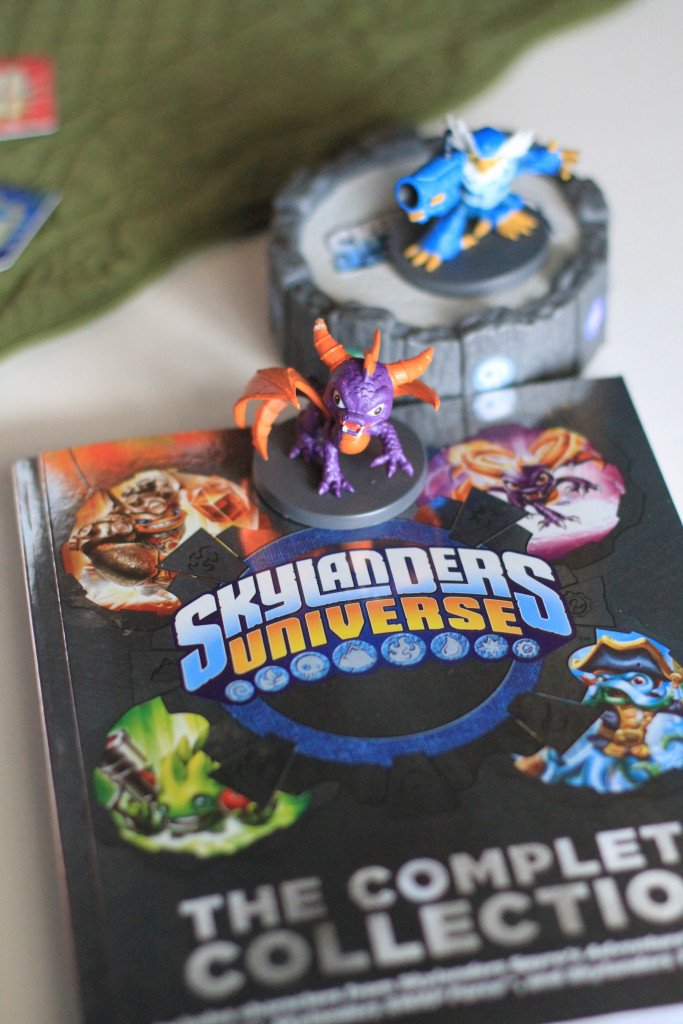 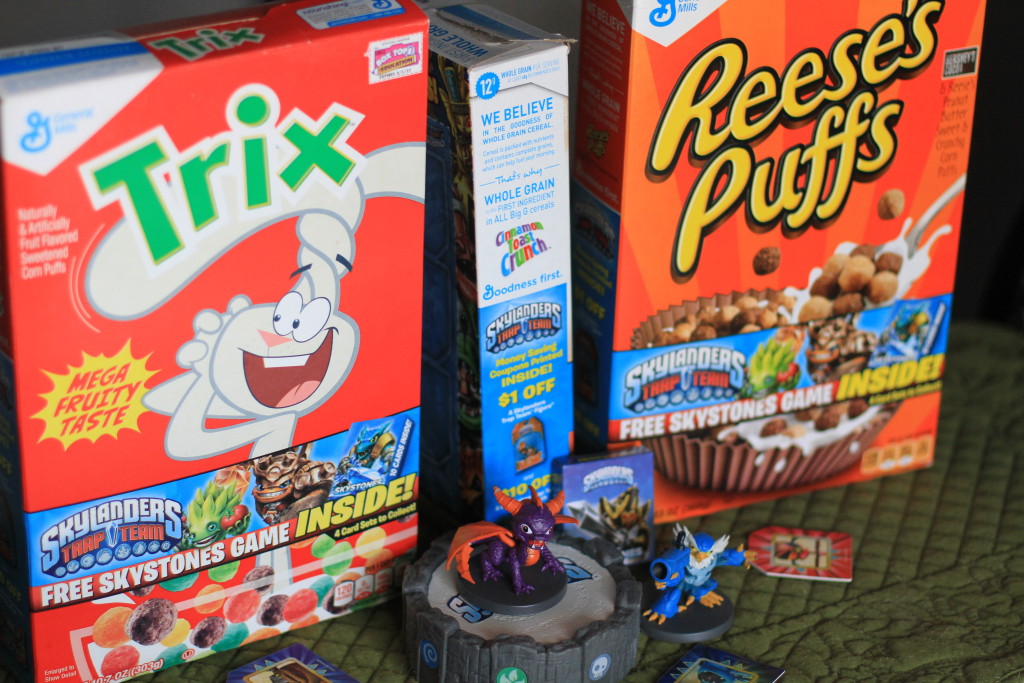 If your child loves Skylanders make sure you look for participating Big G cereals with specially-marked boxes, including: Reese’s Puffs, Fruity Cheerios, Frosted Cheerios, Honey Nut Cheerios, Cookie Crisp, Lucky Charms, Trix, and Cinnamon Toast Crunch. There are four card game sets in total, and they also include a code to unlock characters in the mobile Skylanders game. Make sure you check out future offers and prizes in General Mills cereals the rest of the year. 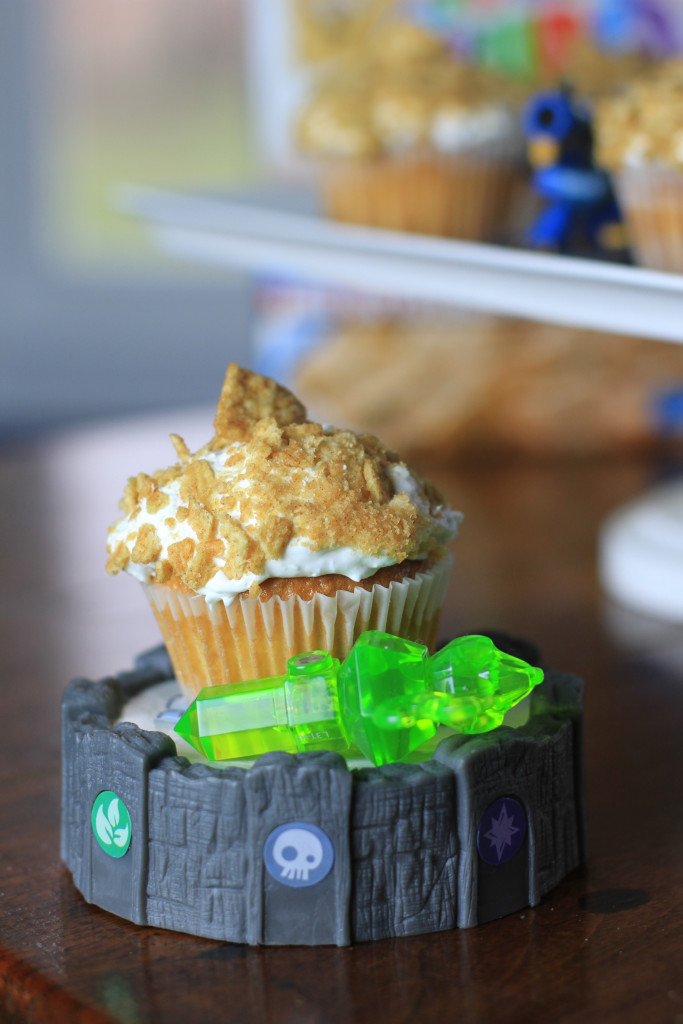 Did you have a favorite Big G cereal when you were growing up?

I was selected for this opportunity as a member of Clever Girls and the content and opinions expressed here are all my own.