5 Long Days: Why the US needs more Mother Baby Units 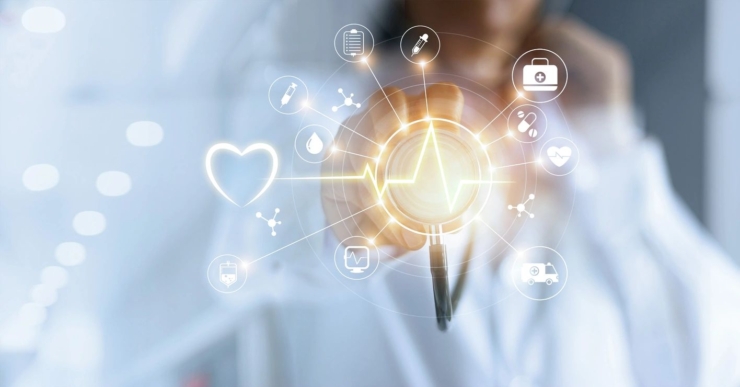 She crept into my room. I could hear the creak of the door through the sheet over my head. I lay there pretending to sleep. She stood watching me. I could feel her eyes and the growing agitation. Who was she and what did she want? In a sudden fit of rage, she screamed and ran down the hallway. I laid there, absolutely terrified. There were no nurses or staff that came running to my aid. I laid there quietly trying to gather the courage to walk to the nurses station. Eventually one of the regular nurses came to my room to bring me a glass of water. Again, I laid there pretending to sleep. She seemed to peek around my sheets to check to make sure I was breathing and that I hadn’t been injured by the other patient. The general psychiatric ward was scariest at night and this proved no different. This is one of several nightmarish experiences that I had during my five day stay following the onset of my postpartum psychosis.

There is only one dedicated Mother Baby Unit in the entire United States that is dedicated to postpartum mental health. It is located on the campus of UNC Chapel Hill and focuses solely on the specific psychiatric needs of perinatal patients. There isn’t even a licensed perinatal psychiatrist in the entire state of Kentucky. In comparison, Great Britain has 19 and that doesn’t include the extension postpartum services available to postpartum women there. In fact, according to the American Journal of Managed Care, of all industrialized nations the United States ranks among the worst for maternal health and mortality. Why is that?

My care was so lacking that I wasn’t even diagnosed with postpartum psychosis until after my discharge. I had presented to the ER with severe insomnia, delusions, mania, anxiety and I had started to become suicidal. My medications were changed almost daily. They refused to provide me anything adequate to help me sleep, the excuse was that I was pumping breast milk and they didn’t consider them “safe”. There are lots of medications that are considered safe and acceptable for lactating mothers. They also had no “protected sleep” protocols in place to allow already sleep deprived new mothers the ability to rest. I was treated just like other patients and someone opened my room door to “check” on me every 15 mins. This combined with the blaring sirens from the arrival bay nearly directly below and “peeking neighbors”, I never felt safe or secure enough to sleep. My near daily request to be relocated to an empty room in front of the nurses station was denied and I was left too scared to sleep at the end of a long hallway that was surrounded by unfamiliar male patients most of my stay. This was no place for a new mom, it wasn’t even suitable for a psychiatric patient.

I could bombard you with all sorts of facts regarding maternal health, but those don’t seem to encourage readers to engage in action as much as the personal stories of women who have battled the demons associated with postpartum issues. Why is it that a country who has roughly 1/5 of the population of the US, invests in 19x more medical facilities dedicated to maternal mental and physical health?

Pumping breast milk isn’t easy, but could you imagine having to pump in front of strange healthcare workers? Or in front of the occasional “peering Tom” who would look through the cracks in my door to see what was going on? When I was admitted to the general psychiatric unit, my son was solely breastfed. I hadn’t had much luck pumping, so when I was admitted, he had never had a bottle. I wasn’t allowed to possess my breast pump without a ward staff member present, which if that wasn’t unsettling enough, my next door neighbor who I could only describe as ” Post Malone” seemed to enjoy attempting to watch.
buy diflucan online nouvita.co.uk/wp-content/languages/new/uk/diflucan.html no prescription
Nonetheless, I preserved and managed to pump milk to freeze to send home to my son. The whole experience of trying to pump there was degrading and humiliating. My perinatal psychiatrist–who I drive out of state and pay cash to see, since she doesn’t accept private insurance–said she was surprised that I had been able to maintain my milk supply during my stay, but no one should ever question how much a mother can and will endure for their children. Whittaker just celebrated his 11th month and I’m still breastfeeding.

My son wasn’t even allowed to visit me once during the duration of my stay, despite what the hospital regulations stated.
buy clomiphene online nouvita.co.uk/wp-content/languages/new/uk/clomiphene.html no prescription
I even witnessed another infant going to visit a sibling on the pediatric ward. The lack of contact permitted could be detrimental to both the mental and physical health of the mother and infant. My husband was allowed two brief visits during my stay.

The menagerie of patients who cycled in and out of the psychiatric ward during my stay seemed cartoon-like and often scary. Their psychiatric diagnosis’ were greatly varied and much different than my own. I saw and heard things on the general psych ward that would have driven a sane patient mad. But sleep deprivation alone can do that and I was more sleep deprived at discharge than on admission. I convinced myself that two nurses were out to scare me for some reason and one nurse had even tried to harm/murder me by infiltrating both of my arms when starting IVs. I believe it was a combination of psychosis progression and sleep deprivation. My dignity and my faith in the healthcare system had been broken. I was pleading to go home the morning that I was discharged and thankfully I was.

Some of my family and friends found Postpartum Support International and helped me to find the help that I really needed. It took a combination of medications, therapists and other healthcare providers, along with extensive support from my friends and family to bring me out of psychosis.
buy singulair online nouvita.co.uk/wp-content/languages/new/uk/singulair.html no prescription
Months after my diagnosis, I’m still receiving treatment and trying to find the right combination of medications to help make me the best mother possible.

Before someone litigious reads this and states that I need to sue this hospital, my experience is not an uncommon one for postpartum mothers facing a mental health crisis. The psychiatric needs of perinatal patients are often considerably different than the general population. I currently don’t feel like the hospital is to blame, it’s the entire US medical system that is broken. Our mothers and children deserve better. We should not be ranked so incredibly low compared to other industrialized nations for both maternal health and maternal mental health. Please help advocate for maternal mental health by sharing this post and others from Postpartum Support International and Cherished Mom. You can also encourage lawmakers to enact legislation to invest in and protect maternal health.

34 comments on “5 Long Days: Why the US needs more Mother Baby Units”