Welcome and I hope y’all will sit a spell and get to know me; you’re about to hear the tale of how A Bluegrass Belle became A Southern Mother. I hope you’ll stop back in from time to time to check out our adventures in Kentucky, and around the globe.

I’m first and foremost, a mom to a very handsome and pre-teen boy from my previous marriage. He consumes a lot of my time and resources, but he makes every day a blessed adventure. My husband and I share a four year old daughter named Hadley and a nearly one year old son named Whittaker. We’re expecting baby number four late next spring.

I lovingly refer to my husband as “The Real Nutty Professor”, and FYI, he’s actually a professor. Jeremy is obsessed with his 20 something chickens, honey bees, and his family farm in rural Kentucky. 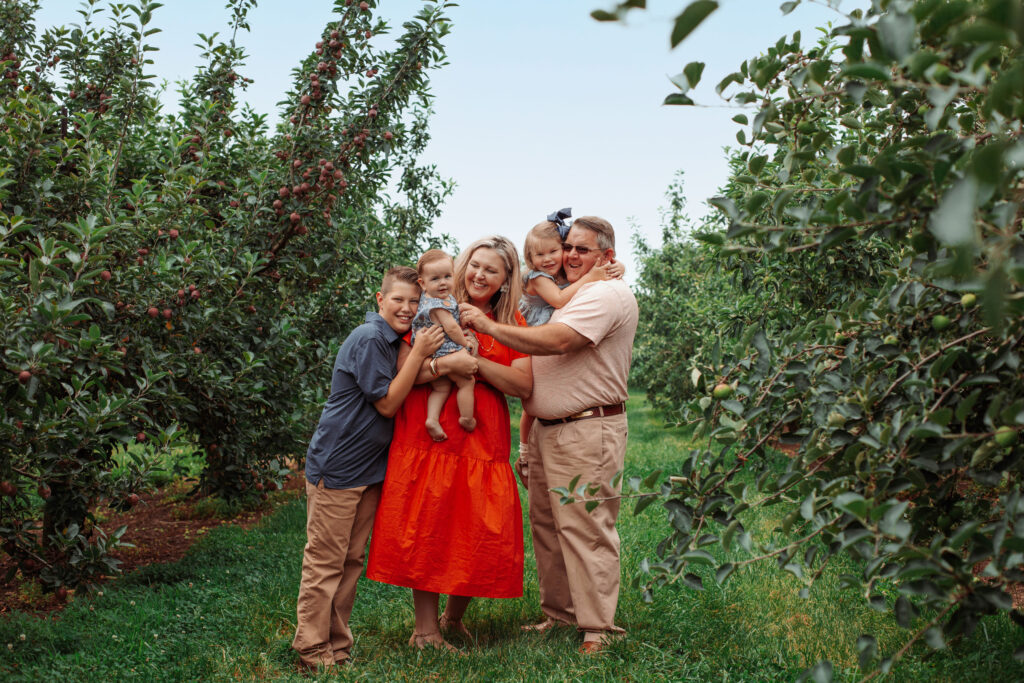 We’re a growing family; we presently own two dogs and three cats. We lost our 9 year old Rottweiler Chief due to cancer in January of 2016, but our most devastating loss was our beloved French Bulldog Bob.  He died at 3 years old in March 2016 from complications of Intervertebral Disc Disease (IVDD). It’s hard to lose such a young pet, who was so full of life and joy.

Later in the spring of 2016, our new Rottweiler puppy Kitty arrived. She is incredibly smart and fiercely loyal. Her favorite activities are chasing a tennis ball or frisbee in the yard, or watching television on the couch with us. 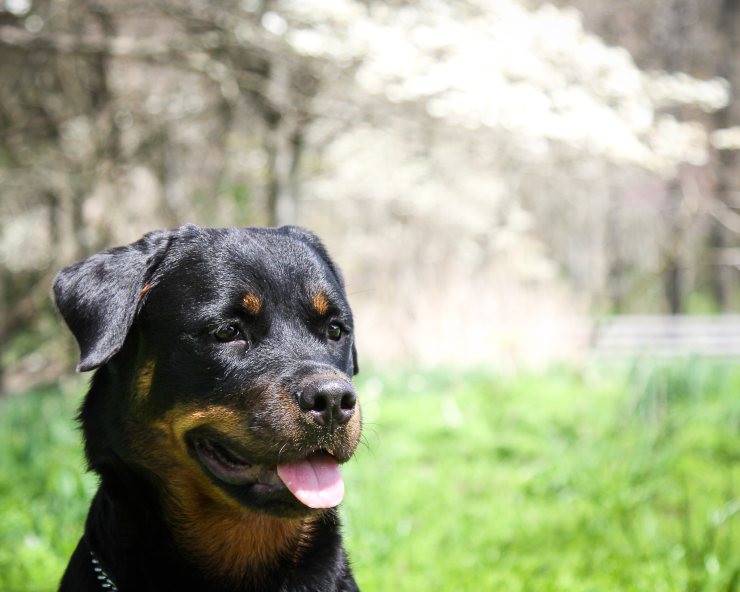 Kitty seemed lonely and Gabe really wanted another small dog, so we adopted Matilda Mouse aka Matty. She is part Boston Terrier, Miniature Schnauzer, Shitzu, and maybe a little sneaky neighborhood dog; whatever Matty is, we love her just the same. When my grandparents lost their miniature schnauzer Tasha, Matty went to help fill a void in their household. She is a pro at cuddling, being afraid of the cats, and getting herself out of trouble with her goofy expressions. Matty is now one of my grandparent’s most prized possessions 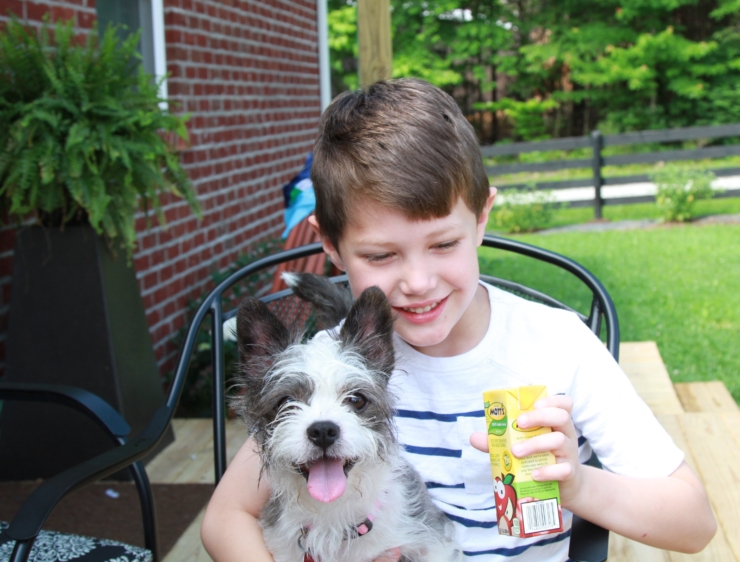 We recently added an Australian Shepherd to our family. He is only a few months old and incredibly rambunctious. He seems to fit right in, up until he decides to chase the chickens.

The real bosses of our household are our three cats, Tucker, Leo, and Freckles. Tucker when he was a kitten in one of the barns. Leo was adopted from the animal shelter, and Freckles as an accidental find at JCPenney. We never intended to own three cats, but they definitely make life more interesting. Who doesn’t like waking up in the middle of the night serenaded by a cat who is “singing the song of his people” or cleaning up eggs that were shoved off the counter by a curious (or maybe malicious) group of cats?

I’m a die hard University of Kentucky fan and former UK hospital employee. I love all things related to the Bluegrass State. We take pride in horses, basketball, and bourbon, but I like porch swings and sweet tea too! I love UK sports, even during a really bad season. 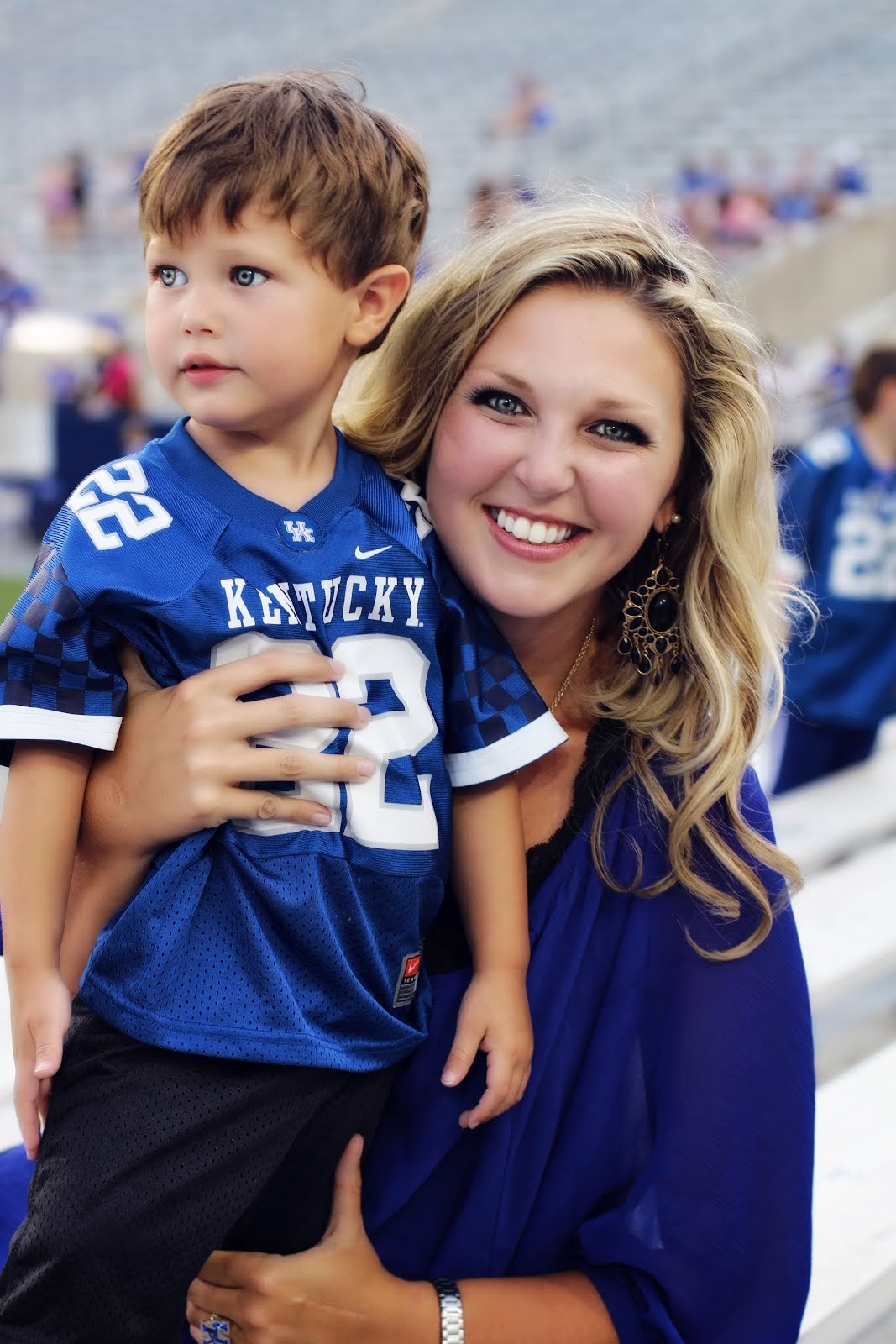 When I’m not finding ways to entertain my son or managing his extracurricular activities, I enjoy cooking and photography. I spent a great deal of my childhood in the kitchen with my great grandmother, Mamaw Cole. She taught me to make lots of delicious treats, and she taught me how to can. I reminisce about my time in the kitchen with her frequently on the blog, and I share a few of her tried and true recipes. Occasionally, I’ll combine my love of cooking and photography, and I’ll photograph recipes for my blog.

I have a love/hate relationship with running. I did a Tough Mudder four years ago, and I have completed several half marathons including the Disney Princess and the Nike Women’s Run DC. I’m hoping to run my first full marathon, and a sprint triathlon in the not so distant future. An injury set back my training, but I hope to be back out on the road soon.

I often joke that I have peony envy, because so many farms around us have beautiful peony plants. On Mother’s Day Jeremy decided to solve my peony envy by ordering 25+ peony bulbs, and they made a wonderful addition to our landscaping. I really enjoy gardening, and maintaining my flower garden. I consider myself a hydrangea collector, and I love finding new varieties to add to our garden. 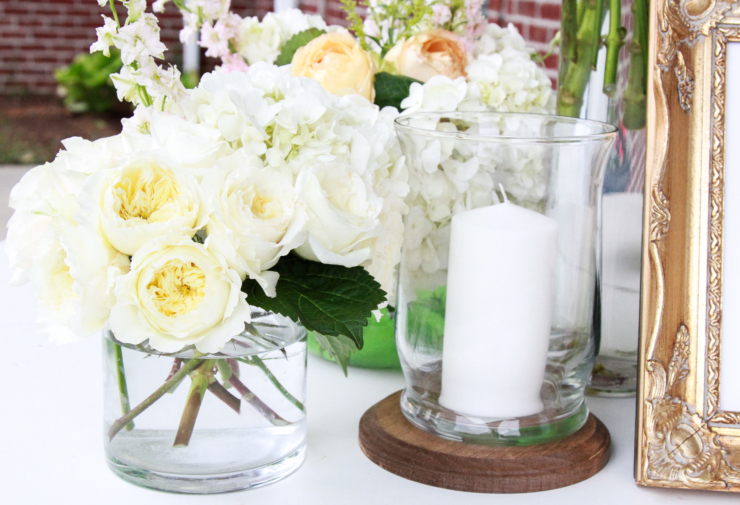 I previously worked for The Mountain Advocate as a photojournalist, news reporter, and I managed the newspaper’s social media accounts. My favorite duty was a regular print column entitled Coming Home. I hated being a news reporter, maybe one day, Ill share why. I have had the pleasure of writing for several other publications such as the Huffington Post. I love feel good stories and sharing real life adventures, those are often the pieces people are least likely to read.

My biggest struggles the last few years has been dealing with pregnancy and postpartum issues. I have had hyperemesis during every pregnancy and my deliveries (both natural and c-section) resulted in postpartum hemorrhages. I had an undiagnosed history of postpartum anxiety and depression, which likely (along with an undiagnosed bipolar disorder) contributed to the onset of postpartum psychosis following the birth of my youngest, Whittaker. My postpartum psychosis episode was extremely traumatic for myself and my entire family. I’ve been actively seeing several therapists and working with a perinatal psychiatrist to ensure I receive proper treatment.

I hope you’ll come back and read more about our adventures living on a rural Kentucky farm. I love to hear from readers, so don’t be afraid to shoot me an email or leave a comment on the blog; I try to be prompt with responses. 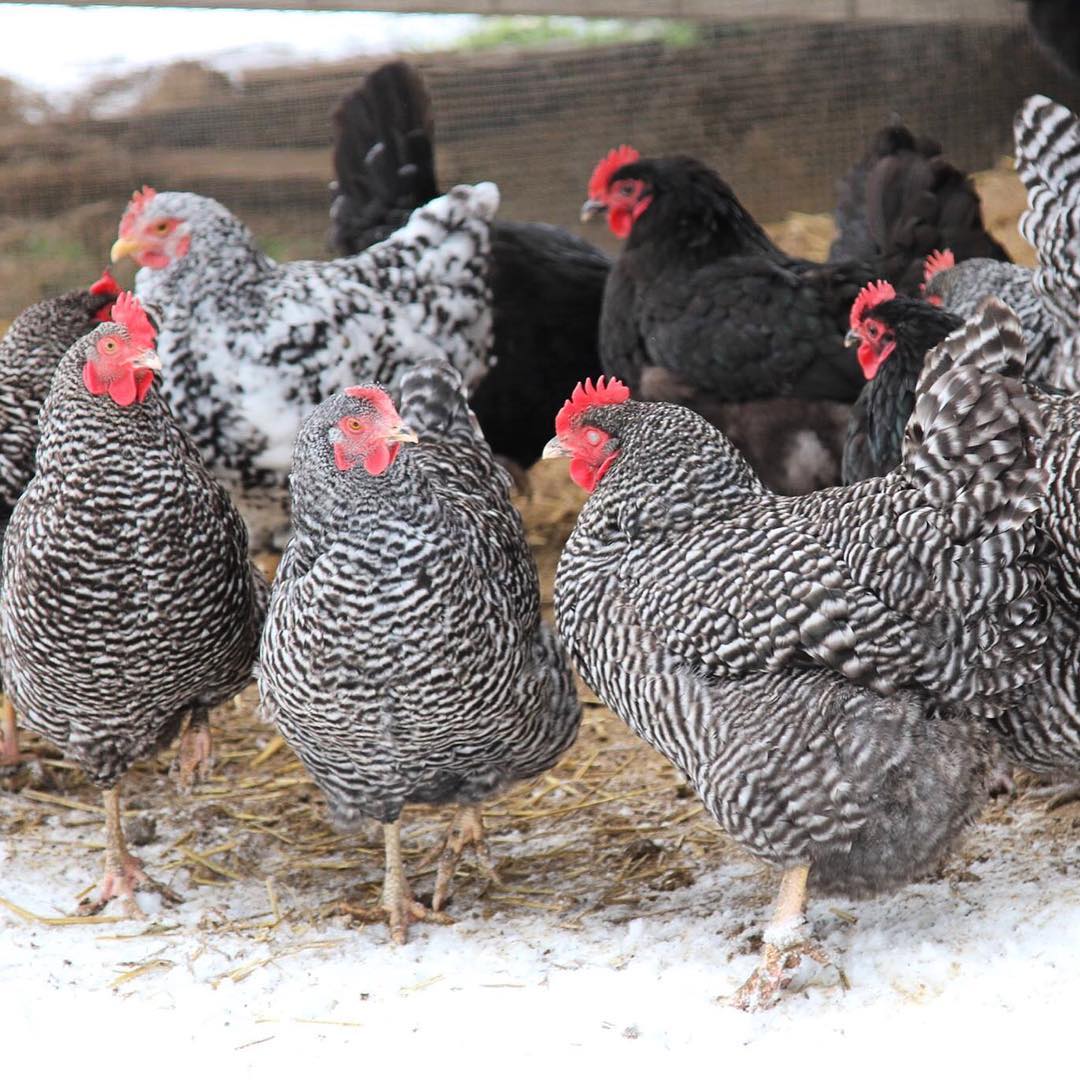 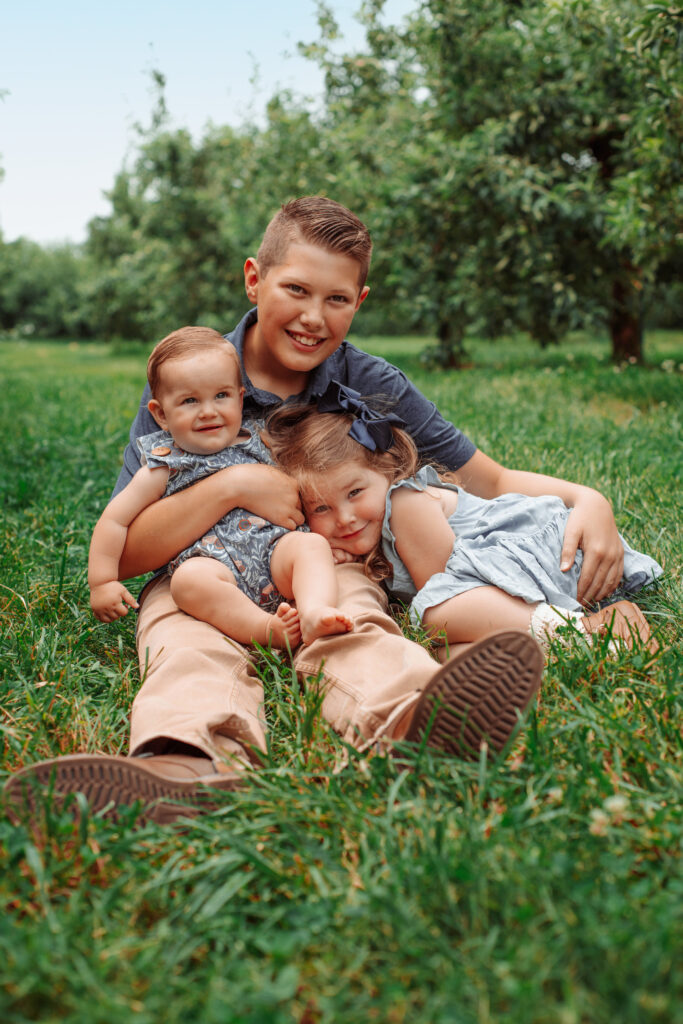 9 comments on “About Me”